Implementing the Northern Ireland Protocol: Some Thoughts on the UK Government’s Command Paper

Written by Paul McMahon. Paul is a Guest Contributor to the Centre for Cross Border Studies’ Research Platform

The UK Government published a Command Paper on its approach to the Northern Ireland Protocol on 20th May 2020. This occurred in the context of the EU-UK negotiations on their future relationship fast reaching the 30th June deadline by which the UK, under the Withdrawal Agreement, could request an extension of the transition period beyond the end of 2020.

Although the ambition is low – a plain “vanilla” trade agreement – the negotiations did not start well. The EU and UK published position papers which are diametrically opposed on many key points. By early June there had been four rounds of negotiations, with little progress in relation to the implementation of the Northern Ireland Protocol. On 12th June 2020, the UK formally confirmed that it would not seek an extension of the transition period.

In its own words, the UK Government’s Command Paper seeks to dedramatise the Northern Ireland Protocol. In view of the future requirements for democratic consent, it emphasises the aspects of the Protocol which are likely to enjoy broad support in Northern Ireland, while minimising those aspects that might be more contentious.

From the EU’s perspective, the position is clear; the Protocol provides that EU customs and goods rules are to apply to Northern Ireland, with some modifications, the details of which are to be negotiated. From its perspective, the only issues that arise are as to what flexibilities and discretions within the scope of the EU rules are to be applied to make the Protocol operational.

The Command Paper acknowledges the UK’s obligations under the NI Protocol. However, it offers very little detail on its implementation. It states that “there may be new administrative processes, but they would be streamlined and simplified to the maximum extent with … HMRC support for businesses engaged in them”. It rejects any requirement for exit declarations on NI to GB trade and appears to rule out conventional customs checks.

In this sense the Command Paper echoes earlier discussions in the context of the North/South border and the “backstop”, as to the extent to which it might be possible to police customs and trade rules without at least occasional interventions and checks at the border. Most international experience has found, however, that while it may be possible to minimise checks especially with trusted traders, ultimately, some degree of checking is required to verify that what moves, conforms to what is declared.

The Northern Ireland Protocol is to apply regardless of whether or not there is an EU-UK trade agreement at the end of the transition period on 31st December 2020 Although, the Protocol stands alone as an international agreement, the EU has made it clear that its proper implementation is a pre-condition to an EU-UK trade agreement. Therefore, if there is a trade agreement, the terms of implementation will have been agreed. If there is a no-deal exit, then the UK government seems to signal in the Command Paper that it would apply the Northern Ireland Protocol in a very minimalist way. Perhaps something like the temporary simplified procedures proposed for GB (but not NI) in the event of a hard exit last year, and resurrected again in June 2020 in a varied form, might apply. They would involve self-certification by traders, no prior declarations, and no returns to HMRC for six months, and then monthly returns after that. This would be unlikely to satisfy the requirements of the Northern Ireland Protocol, which are quite specific in stating that the EU customs code is to apply, as modified to allow for no tariffs on GB to NI destined goods, and lower rates that might apply under a UK trade agreement with a third state.

The EU Customs Code requires a prior return and clearance by the relevant revenue authority before goods can circulate freely within the EU who would. As goods in Northern Ireland may move freely into the EU, the EU requires an equivalent return and declaration, when the goods enter NI from GB or from elsewhere outside the EU. In some cases, particularly in relation to agriculture and certain foods, a prior regulatory return and check is also required. The EU insists, and the Protocol seems to require, that there should be a prior declaration in all cases, for customs and regulatory purposes, and in order to verify the status of the goods as NI or EU destined goods.

If the UK implemented the Northern Ireland Protocol in a minimalist way in a no-deal scenario, the matter might be referred to the EU-UK dispute resolution mechanisms under the Withdrawal Agreement. Although there is some provision for penalties for breach of the Withdrawal Agreement, they are not directly enforceable, in the same way as with disputes in domestic courts or under EU law.

The arbitration procedures under the Withdrawal Agreement would certainly take some time, probably several years, for a decision on whether the Protocol’s requirements had been fulfilled. Difficult issues might arise in the meantime, regarding whether goods in Northern Ireland were in free circulation for EU customs and regulatory purposes. This might in turn raise difficult questions about such goods moving freely into the EU.

It would seem reasonable to expect that even if there was a no deal exit in December, that in the short to medium term, some kind of EU-UK trade agreement will be agreed eventually. It has been already agreed in principle. It is clearly in the interests of both sides. In this event, if the EU was dissatisfied with the implementation of the NI Protocol, then the matter would be a pre-condition of the trade agreement.

Outside of agriculture and high-risk food, there are significant flexibilities in the EU customs code.It is possible to envisage how a form of return might be made to HMRC within the framework of the customs code using a “stripped-down” version of the data normally required. As customs rules are ultimately about risk management, and assuming agreement is reached on zero tariffs on all products, then the key issues will be the origin of goods (goods will need to be of EU or UK origin to qualify for zero duties), their destination (NI or EU), and their regulatory compliance.

The fact that HMRC controls both sides (NI and GB) lends itself to enhanced risk management and simplification.  It appears likely under an EU-UK trade agreement there would be widespread use of the registered exporter simplification system by which exporters are authorised to self-certify the origin of goods. The issue of destination will be much less significant if there is a comprehensive trade agreement with no tariffs on all or almost all goods. If the destination is NI, then neither origin nor regulatory compliance will matter. For most goods, it would seem reasonable to expect that the EU and UK would agree mutual recognition of standards assessment bodies. Together, these elements should reduce the overall risks to be policed, so as to minimise the need for checks and controls.

The most intrusive controls are in the area of agriculture and high-risk food, for so-called sanitary and phytosanitary (SPS) rules compliance purposes. In this area, the Command Paper highlights that there are already controls and some checks on certain agricultural movements from Great Britain to Northern Ireland. It also highlights the UK government’s proposal of 2nd October 2019 for NI to remain in the EU regulatory and SPS area (but not in the customs area), which was supported by the government’s then supply and confidence partners, the DUP.

The requirements of the EU’s SPS rules for “third-country” imports are burdensome and require a high percentage of movements to be checked at the border. The draft trade agreement published by the EU contemplates a significant easing of the application of SPS measures so that they are proportionate and do not create unjustified barriers to trade. Equally, it might be expected that the equivalent GB to NI SPS controls are eased considerably.

The Command Paper makes clear that there are to be no barriers on the GB side to goods moving from Northern Ireland. This was not a given and its confirmation will be welcomed by traders in Northern Ireland. The absence of barriers would apply to direct NI to GB routed goods only. For the many consignments that go from NI to GB through RoI, transit controls are likely to be required.

The Protocol applies EU customs and regulatory checks for goods coming from GB into NI and destined for EU/Republic of Ireland. However, it does not apply UK/GB customs and regulatory checks to goods coming from the EU/Republic of Ireland to NI, destined for GB. It remains to be seen whether there might be anti-avoidance rules to prevent circumvention of EU to GB controls, even if they are not policed at the border.

The potential advantage for Northern Ireland businesses in having free unfettered access to both the EU and Great Britain is significant. Movement of goods across the Irish Sea south of the border will involve a prior customs return on the export and import side to (Irish) Revenue and HMRC on every occasion, with the possibility of checks at or near the border. This involves significant and potentially complex logistical coordination between buyers or sellers.

The Command Paper is not surprising in its context. Negotiations are reaching a critical point. Although some of what it says seems to run contrary to its requirements, it acknowledges the obligation to implement the Northern Ireland Protocol. It makes the fair point that given the requirement for democratic consent every four years, the Protocol must enjoy extensive support in Northern Ireland if it is to work.

If there is a no deal Brexit, implementation of the Protocol will be contentious and would take place in a much more challenging customs and regulatory environment. The UK may take the steps it considers appropriate or required by the agreement on a unilateral basis. The EU may dispute the UK’s interpretation, and the matter may go into prolonged dispute resolution which may take many years.

Ultimately, even if there is a no-deal exit in December, it seems likely that some trade agreement will be entered between the EU and UK in the short to medium term. In that context, the EU will require the implementation of the Protocol. In this scenario, the implementation of the Protocol would be significantly less challenging. There are significant flexibilities in the EU code allowing for simplified returns of data and rational management of the applicable risks.

EU SPS compliance for agricultural products and high risk food moving from GB to NI is potentially burdensome. However, the draft EU-UK trade agreement proposed by the EU contemplates simplification and rationalisation of SPS measures, so that each might allow the significant easing of the usual third country controls, in light of their mutual acceptance of high and, at present identical, food safety standards.

Disclaimer: The views expressed in this article are those of the author and not necessarily those of the Centre for Cross Border Studies. 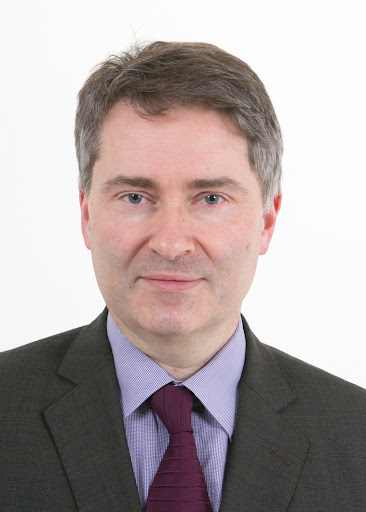 Paul McMahon is a practising solicitor and tax consultant and has advised extensively on Brexit matters.

Paul has written and published the website “Brexit (An Irish Guide)” (brexitlegal.ie) containing a mix of 500+ articles by Paul on all aspects of Brexit, as well as bringing together and indexing 1,200+ publications on the topic by the EU, UK and Irish public authorities.