This paper by Niall O’Donnellan and Brendan McCormack identifies the importance of developing a strong focus on the economy of the Border region as part of the Ireland 2040 National Planning Framework.

The perspective and framework presented here was originally submitted as comments to the Department of Public Expenditure and Review’s consultation to Renew progress of Project Ireland 2040 and the National Development Plan. It has subsequently been developed into a CCBS Research Paper.

Niall O’Donnellan is an independent strategy advisor/mentor and development economist. He has worked in a range of roles in economic development, including over a decade on Enterprise Ireland’s leadership team as Head Regions, Head Policy and Planning etc. He has also served as part-time Chair of IT Sligo 2016-2022, now part of Atlantic Technology University (ATU).  He has a Masters (Econ) from NUIG and a MA in Online and Distance Learning from OU.

Brendan McCormack is Head of the ATU Sligo College, one of 8 campuses of the Atlantic Technological University with 8,500 students and a national leader in the delivery of online/blended learning programmes for employee education. Brendan is a graduate of UCD and of Rensselaer Polytechnic Institute (RPI), USA. He has conducted research at the University of Leeds and the University of Minnesota. He has published in the area of biomechanics and medical device design and has worked with many Medical Devices companies in Ireland. He co-founded and led the UCD-TCD Bioengineering Research Centre and has 6 paten 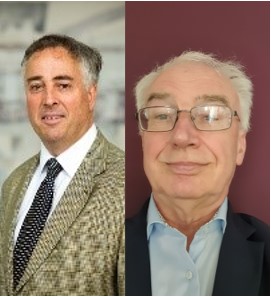