Search
Home > What We Do > Projects > Collaborating for Common Success

In the current context of uncertainty as to how and by whom (in respect of Northern Ireland) the conditions for continued North-South cooperation will be maintained as a result of the UK’s withdrawal from the EU, this project seeks to highlight the importance of such cooperation by looking at the practical benefits it has brought about over the last twenty years, as well as identifying key challenges and opportunities it could address in the next two decades.

The shift in the UK’s political and economic relations as a result of Brexit has brought into sharp focus the place of North-South cooperation, how it functions now and how it will function in whatever context lies ahead. However, whilst greater attention has been paid to the mechanics and legal underpinnings of North-South cooperation recently, reflected in the Protocol on Ireland and Northern Ireland as part of the Withdrawal Agreement, this does not necessarily translate into a widespread or shared understanding of its intrinsic value as an integral part of the ongoing peace and reconciliation process. From its analysis of policy and position papers, discussions with members of legislative Committees and organisations based in Great Britain in relation to Brexit, and especially through our work with grassroots community groups in Northern Ireland and Ireland, it has become evident to CCBS that there is an urgent need to communicate the value of North-South cooperation.

Some of this communication will take place as part of the Centre for Cross Border Studies’ 20th Anniversary Conference, entitled “The Good Friday/Belfast Agreement: reflection on a 20-year journey of cross-border cooperation and plotting the path to a successful future”. This conference will bring together a range of senior policy-makers, academics, community representatives, and others, to look back on the last 20 years of North-South cooperation, and to consider what can be achieved in the next two decades.

Other communication will come as result of research undertaken as part of this project. This will include wok considering how the Strand 2 bodies and areas of North-South cooperation may be affected by shifts towards UK-wide policies in areas previously considered to be devolved competences. This shift will become particularly acute in respect of the “repatriation” of powers from the EU to the UK, and the degree of difficulty facing North-South cooperation will depend on any regulatory divergence between the two jurisdictions on the island of Ireland. This work will also be concerned with what leading political representatives, policy-makers, businesses and civic society organisations regard as the main challenges and opportunities facing the island of Ireland as a whole in the next twenty years. 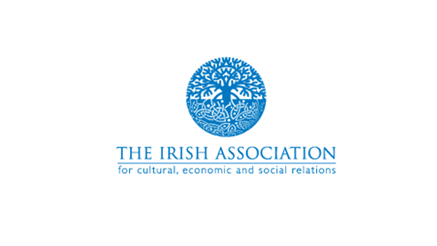