Search
Home > Who We Are > Meet the Team > Professor John Doyle 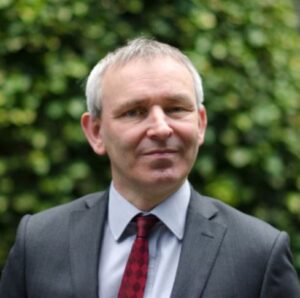 Professor John Doyle is Vice President of Research at Dublin City University. He was previously Director of the Institute for International Conflict Resolution and Reconstruction and Executive Dean of DCU Faculty of Humanities and Social Sciences. The Faculty hosts approximately 25% of DCU students, and a range of internationally linked research projects within its seven academic schools and five research centres. John was previously, Head of the School of Law and Government and before that founding co-Director of the Centre for International Studies in Dublin City University. His research interests include comparative nationalist and ethnic conflict; Northern Ireland, conflict in South Asia and Irish foreign policy. He is Editor of Irish Studies in International Affairs.