Search
Home > Who We Are > Meet the Team > Maurice Manning 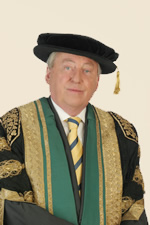 He has been a member of the NUI Senate for twenty seven years, having been elected on the graduate panel in every election since 1982; he served on the Governing Authority of UCD from 1979 to 2008; he spent much of his academic career in the Department of Politics at UCD where he established a reputation for his teaching, his closeness to students and his publications. He has published widely and is currently Adjunct Professor in the School of Politics and International Relations at UCD. He is also currently Chair of the Publishing Committee of the Institute of Public Administration. Dr Manning has served in both Dáil and Seanad Éireann. During that time he was a member of the New Ireland Forum, and the British-Irish Inter-Parliamentary Body. He was both leader of Seanad Éireann and Leader of the Opposition in that House. Maurice Manning has also been President of the Irish Human Rights Commission and was Chair of the European Group of National Human Rights Institutions.