Rebuilding trust between communities divided by borders, boundaries or cease-fire lines in a post-conflict context: The EU’s role in Georgia

Written by Kieran Dalton. Kieran is a Guest Contributor to the Centre for Cross Border Studies’ Research Platform

“Peace and stability, respect for fundamental rights and the rule of law are the cornerstones of our society. They are the foundations upon which our (European) Union is built” (Federica Mogherini, EU High Representative).[1]

Europe spent much of the twentieth century in a process of rebuilding relationships across borders, from the ashes of both World Wars. Even as the century closed, civil and ethnic war erupted in the 1990s in Yugoslavia requiring Europe and the European Community (EC) to respond in support of post-conflict communities. In 1991, under the political sponsorship of the European Community, the Brioni Declaration was signed,[2] leading to a ceasefire and withdrawal of forces in Slovenia. The Declaration led also to the formation of an EC mission to monitor implementation of the agreement, which materialised as the European Community Monitor Mission (ECMM) under the Common Foreign and Security Policy (CFSP) and later, the scope and area of the mission expanded to eventually include all parts of the former Yugoslavia and beyond.

As a member of ECMM, I saw at first-hand how the visible presence and action of EC/EU monitors, within the conflict-affected communities, was a genuine step towards building trust through dialogue across borders and boundary lines in the former Yugoslavia, and represented new thinking in terms of EU post-conflict mechanisms.

Since then, the EU toolbox that supports conflict-affected communities and countries has grown to encompass diplomacy, political support, financial resources, development aid, confidence building, military and civilian expertise in training, advising, mentoring and funding to facilitate conflict prevention mechanisms worldwide. This multi-faceted and comprehensive approach is particularly active through the Eastern Partnership initiative (EaP), which is a specific aspect of the EU Neighbourhood Policy.

Nestled at the intersection between Europe, Russia and Asia, Georgia is an example of how the EU adds value, particularly at the local level, by building trust between Georgian and Abkhaz and Georgian and South Ossetia communities separated by administrative boundary lines. The unarmed civilian EU Monitoring Mission in Georgia was established within weeks of the conclusion of the military conflict, in September 2008, with the signing of a Six Point Ceasefire Agreement between

Georgia and Russia, after “about 850 persons lost their lives, thousands wounded or missing and more than 100,000 civilians fled their homes”.[3] Although the EU Mission has no access to the Abkhaz and South Ossetian regions of Georgia,  the Mission is mandated to monitor the withdrawal of forces to the positions held before hostilities and works with all parties to prevent a return to armed conflict, and to help maintain stability for the local population adjacent to the Administrative Boundary Lines (ABL) of the breakaway regions of Abkhazia and South Ossetia.

Georgia and breakaway regions of Abkhazia and South Ossetia[4]

A “borderisation” process pursued by de facto authorities and assisted by Russian Border Guards is active on the ground and includes the erection of fencing, barbed wire installations, observation posts, green signs, and checkpoints. These actions can provoke tension within the surrounding communities and result in a “hardening” of the boundary line. In this context, EUMM acts to alleviate the situation through open dialogue, an impartial presence, hotline activation or mediation through the Incident Response Prevention Mechanism (IPRM).

The IPRM mechanism is a format that emerged from the sixth meeting of the Geneva International Discussions in 2009. The IPRM would allow all parties to convene and discuss, in a timely manner, the security and humanitarian challenges faced by the local population along the Administrative Boundary Lines (ABL), also becoming “a platform to verify information in the aftermath of incidents”.[5] Progress has been made through the IPRM on cross-boundary trade, energy cooperation, agriculture, humanitarian and emergency medical cross-boundary issues. Challenges remain concerning cross-ABL cooperation on crime, identity documents, religious freedom (e.g. access to churches and graveyards), education matters like language of instruction in schools and now in the era of Covid-19, access to healthcare for all.

At the international level, with the Organisation for Security Cooperation in Europe (OSCE) and the United Nations, the EU Special Representative co-chairs the Geneva International Discussions, which is a forum overseeing the implementation of the six-point ceasefire plan. The forum brings together Georgia and Russia, with the Abkhaz and the South Ossetia participants, and the US. These talks build trust at the next level and include two working groups – one on security issues and another on humanitarian issues, dealing with matters such as withdrawal of Russian armed forces to lines held prior to the outbreak of hostilities, the “non-use of force” statement, return of IDPs and refugees, and humanitarian access to Abkhazia and South Ossetia regions.

Finally, on the third and highest level, the geopolitical stage, the EU addresses the Georgia conflict through direct bilateral talks with Russia

Georgia is a protracted conflict on a downward slope of the conflict curve, where the curve peaked in the early 1990s and again with the hostilities of 2008. While the armed exchanges have ended, the conflict has evolved in shape to include a type of hybrid action based on regular testing of redlines, often including boundary lines. Building cross-boundary trust and confidence in this setting is painstakingly slow and requires strategic actors, like the EU, to maintain a consistent presence among the local community on the ground and a scale and range of EU strategic engagement in the neighbourhood. Although the EU monitors are denied access to the breakaway regions,  the EU especially adds value by its daily presence among the conflict-affected communities as the sole international monitor in Georgia, a proactive observer with resources, providing accurate and objective information to the EU, the Geneva co-chairs, and the international community while  “allowing the parties to the conflict to communicate on security-related issues in order to defuse tensions” in a time of uncertainty in world security.[6]

[1] In European Security and Defence College, Handbook – Missions and Operations: The Common Security and Defence Policy of the European Union (2015), p.6;  http://eeas.europa.eu/archives/docs/csdp/structures-instruments-agencies/european-security-defence-college/pdf/handbook/final_-_handbook_on_csdp_missions_and_operations.pdf.

Disclaimer: The views expressed in this paper are those of the author and not necessarily those of the Centre for Cross Border Studies. 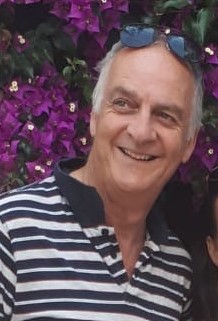 Kieran Dalton is a Guest Contributor to the Centre for Cross Border Studies’ Research Platform. Kieran is a retired Lieutenant Colonel who served for over 30 years in the Defence Forces, Ireland and later, as a civilian, in the European Union Monitoring Mission in Georgia as the Senior Mission Analyst.

Kieran is a graduate of The Defence Forces Military College, University College Galway, NUI Maynooth and the European Security and Defence College. During his military career he served in different army appointments at home including as a unit commander along the border with Northern Ireland and at Defence Force HQ. Kieran served overseas at different times in the Middle East, the Balkans, and in Africa with the United Nations, the European Union and the North Atlantic Treaty Organisation in various international missions. Between 2010-14, Kieran held a security and defence appointment in Brussels at the strategic level in the European Union External Action Service.